You are here: Home / Boating / Guides / Best Time To Buy A Kayak To Get A Great Deal 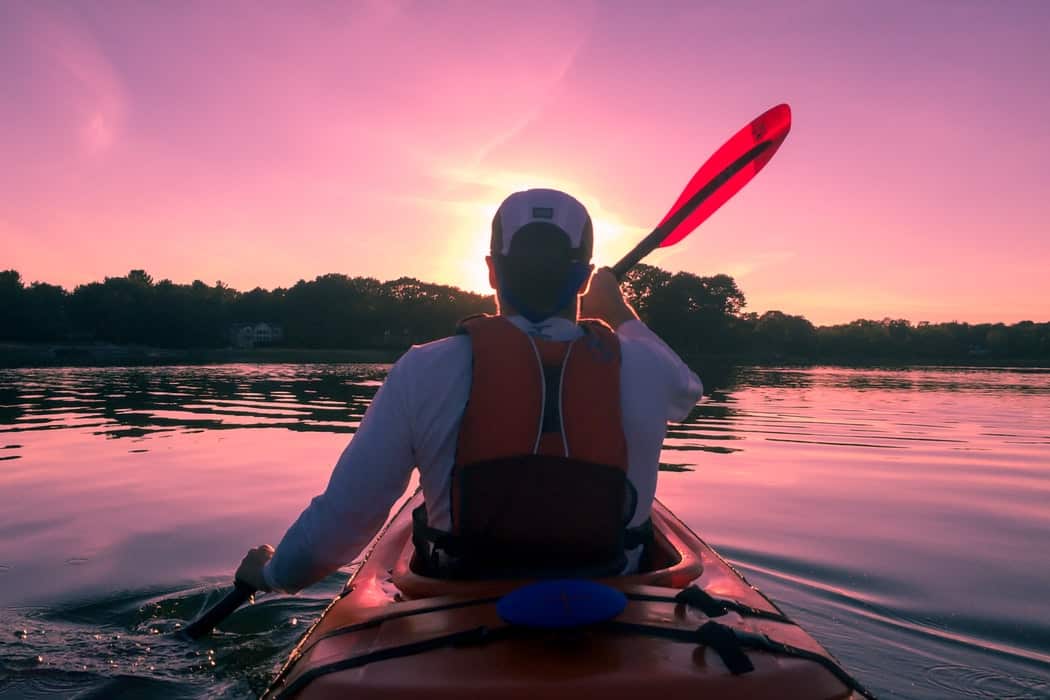 Do you want to buy the best kayak for your needs? You probably do.

Do you want to save plenty of money when shopping for a kayak? You probably do as well.

What’s The Best Time to Buy a Kayak?

So when is the best time to buy a kayak?

Well, this will depend on what you are looking for. The answer is going to be one if you want to save money and another if you just want to get a good kayak.

If you’re an avid shopper, then you probably know that prices fluctuate throughout the year with pretty much any product or service. We are talking about seasons.

If we are talking about skiing, for example, then arguably the worst time to buy skiing equipment is right before and during the skiing season. During the autumn and winter months, the prices will be on the higher end since the demand will also be high.

Conversely, at the end of the season and during the off-season, prices are going to decline sharply. That’s because retailers will look to get rid of the skiing equipment as soon as possible to free up warehouse space for summer products. You can land some pretty juicy deals during these times.

This also applies to kayaking – if you want to save money, then you will want to look for a kayak during the off-season.

Usually, people go kayaking in the warmer times of the year – namely, mid to late spring and summer. In the colder seasons, not too many people are up to kayaking in the cold. This doesn’t really apply to warmer areas like the southern states of the USthough.

At the prime of the kayaking season – which is August – you have a pretty good chance to land a good deal. As mentioned above, retailers will look to get rid of the kayaking gear that hasn’t been sold throughout the season.

And the longer you wait after the season has ended, the better the deals will get.

On the other hand,as the stock gets sold, you will have fewer and fewer kayaks to choose from. This is the not so good thing about shopping off the season.

The richest selection of kayaks will be available right before and during the season. Not only that, but most of the kayaks are sold during the kayaking season, and the retailers replenish their kayaking gear supplies if it’s lacking.

But once the season is over, the dealers will want to free up space in their warehouses, not to mention that there are plenty of people out there who know that the best time to buy kayaking gear is during the off-season.

So on one hand, you do want to be a little patient and buy a kayak or paddle during the off-season.But on the other hand, you don’t want to wait for a great deal for so long that the stock runs out. It’s all about balance.

With that said, we think that you may want to buy the desired kayak as soon as the price for it drops. Don’t wait for a better deal – once the price drops, the deal’s already better than during the season! If you wait more, you sure can get an even better deal, but you may also miss out on a good opportunity altogether. 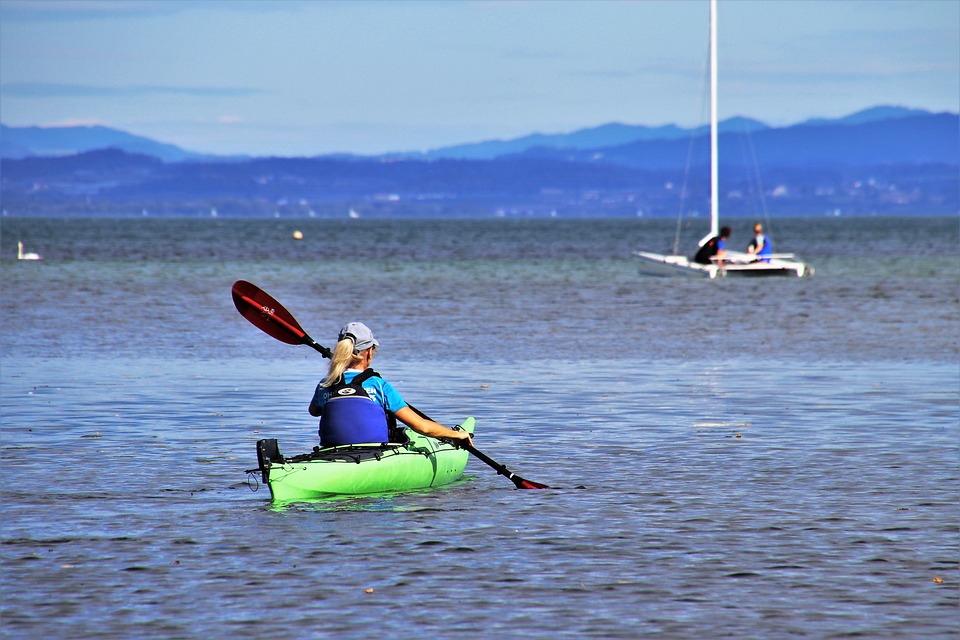 Memorial Day (May’s last Monday) and the Christmas holiday in December are also great times for buying kayaking gear. In May, retailers may offer some great deals to attract buyers right before the season, while in winter, retailers may offer discounts to stimulate people to buy the stock remaining from the previous season.

Besides, you may make use of other autumn and winter deals if you are living in an area where the demand for kayaks doesn’t really change throughout the year. This may happen, for example, in warmer areas where people can kayak year-round.

Furthermore, if the kayaking season is throughout the entire year in your area, making use of various holidays and deals (like Black Friday) may be your only option of getting a kayak at a discounted price.

Now, this tip doesn’t answer the “when” question, but it’s useful to know if you want to save money on kayaking gear.

And the tip that many people may overlook is that you might want to buy gear from the past year’s stock right. Sometimes, retailers do not manage to sell their past year’s stock, and they will put it on sale again once the new season comes.

And chances are that older kayaking gear will be offered at a discounted price. So why would you want to buy a new kayak?

It’s certainly great to have a brand-new kayak, but given the marginal improvements in the year-to-year kayak lineups, is it really worth it to spend a few hundred dollars more on a kayak that’s not too different from older models?

Of course not! If the retailer does offer past year’s models at a discounted price, then you should definitely take advantage of the deal. With that said, you need to make sure that the older model will indeed satisfy your needs and that there are no drastic changes between it and its newer analog.

If the new kayak or kayak paddle is significantly better than its older iterations, then it may be worth it to spend those additional dollars.

If you aren’t in a hurry though, then you may wait until the season wears off. Then, you’ll be able to reap the benefits of off-season sales.

The best time to buy the best gear 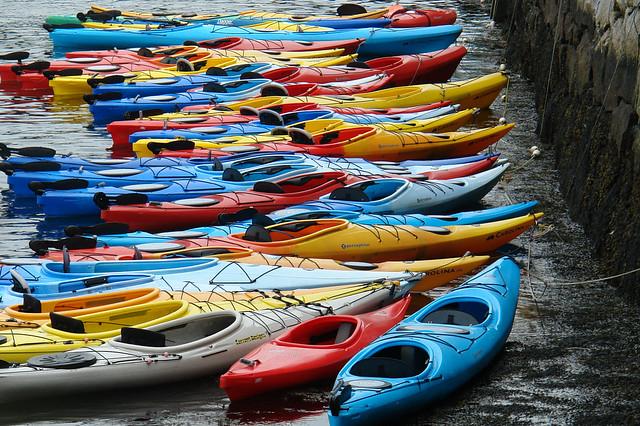 Another thing that you may want to do is to buy the best piece of kayaking gear available out there. This can be anything – kayaks, kayak paddles, kayak carts, kayak roof racks, and anything else related to kayaking.

Well, when’s the best time for buying a kayak that needs to satisfy specific needs?

The answer is that you have the best selection and can buy the best kayaks right before and throughout the kayaking season.

But wait, wasn’t this period the worst for buying a kayak?

True, we’ve mentioned above that the worst time for buying a kayak if you want to save money is before and during the season. But we’ve also mentioned that you are left with fewer and fewer options as time passes after the kayaking season’s end.

Right before the season, retailers are going to be stocked up with the newest kayaks. Not only that, but you will have many more options to choose from. This could help you get a great kayak whether you want a stand-up fishing kayak or apink touring kayak.

Now, the prices are going to be the worst right before and during the season. Unfortunately, you can’t really do anything about it – you can choose either a great variety of kayaks or opportunities to save money. You may, of course, try to benefit from holiday discounts, but buying a kayak before or during the season will be costlier than at its end and after it.

Buy Kayaking Gear When You Have a Large Budget 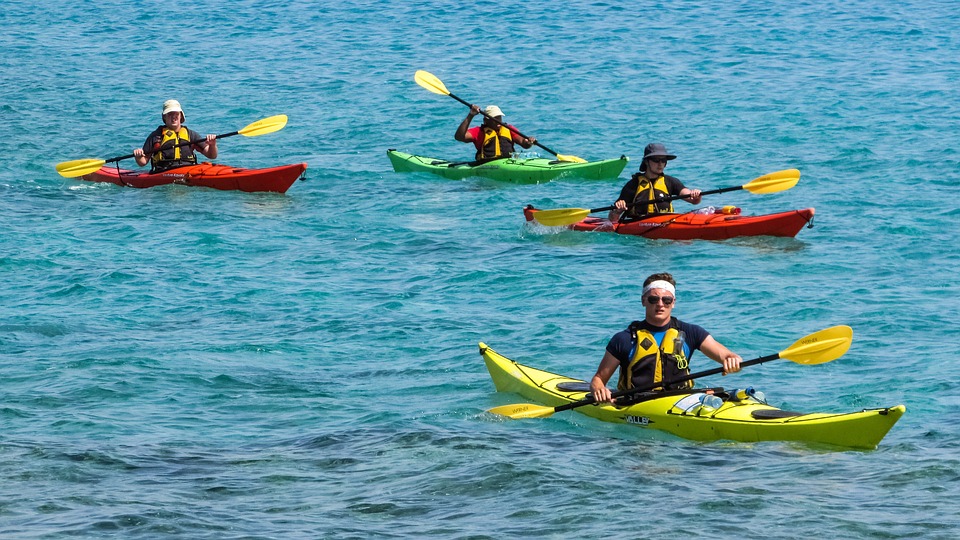 Another piece of advice we would like to give you is that you should buy kayaking gear whenever you have the money for it.

You sure can find kayaks for under $100, but such cheap kayaks often lack durability and essential features that can be found at higher-end kayaks.

Not only that, but there are plenty of other things that you will need to buy – most importantly, a kayak paddle.

High-quality kayaks can cost several hundred dollars, with the best models exceeding $1,000 and sometimes even $2,000. Not to mention that higher-end kayaking gear could also make you spend a couple of hundred dollars more.

So if you do want to kayak safely and reliably, we suggest that you save money on the desired kayak, paddle, and whatever you may be needing for your journey.

No matter what your needs are, make sure to make a reasonable decision.

If you want to access a wide variety of kayaks, then you may have to look for them before and during the season. If you want to save money, then look for a kayak at the end and sometime after the kayaking season.

You should realize that a good choice requires some compromises. You can’t have both a wide range of choices and money-saving opportunities unless you get extremely lucky. Ensure to gather as much information as you can about the kayaking market in your area and make a weighed decision.