You are here: Home / Boating / Can You Sail A Houseboat? 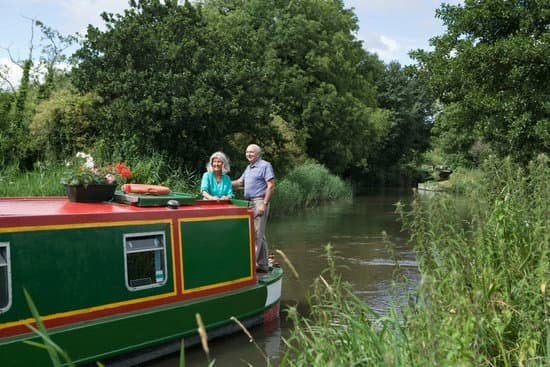 Can You Sail A Houseboat? Whether or not you can sail a houseboat is entirely dependent on what you mean by sale. If you’re curious if you can go up and down the river or lake in a houseboat, the answer is yes. However, if you want to hoist your sales on a mast and cross the ocean, you won’t be able to do so on a houseboat.

Houseboats have been around for well over a century, but many people are still unaware of their existence.

A houseboat is, as the name indicates, a house on a boat. It could be defined as a multi-room boat with a bedroom, bathroom, kitchen, and deck. Some houseboats are constructed with the intention of never leaving the dock and may not even have an engine. Most houseboats have at least one, if not many, motors that the owner can use to drive about.

Houseboats are becoming increasingly popular in recent years as a result of their affordability and aesthetic appeal. Anglers, whether as a career or as a hobby, frequently make up the majority of buyers. If you’re thinking of buying a houseboat, make sure you check out the views even if it doesn’t move. Financing is an important part of the buying process for any object, let alone a house boat.

Many traditional banks would not even consider lending you money for one!

It is often preferable to have adequate cover for your houseboat in order to avoid having to pay a large sum of money in the event of an accident. For inland water and short distance travel, houseboats are fully secure. If you want to go sailing, however, you can avoid buying a houseboat and instead buy a boat that was specifically built to sail on the ocean. These boats are on the higher end of the price scale and are more akin to yachts than regular houseboats.

Just because houseboats aren’t ideal sailing vessels doesn’t imply they’re unsuccessful. Houseboats serve roles that are distinct from those of sailboats. It is up to you to find a boat that fits your requirements. With the rising cost of real estate, purchasing a houseboat is one of the most cost-effective choices.

Is it possible to tip a sailboat? You’ll have a good answer for yourself and others who will eventually enquire about it. Under normal sailing or cruising conditions, sailboats with a keel or that are water ballasted cannot tip all the way over.

Is anchoring a boat safe? In a nutshell, no, you cannot anchor or moor anywhere. Permanent mooring positions are restricted in most cities and towns, and anchoring is prohibited in others. And not every location is secure or suitable for leaving your boat unattended for an extended period of time. That doesn’t rule out the possibility of leaving your boat in a number of locations,…

Is it possible to live on a houseboat indefinitely?

“Years ago, there were about 30 permanent residents staying at the marina,” Mr Blommenstein said, “but the Swan River Trust no longer allows that.” “Now you are only allowed to stay for one week or 10 days in a row every month.”

On a houseboat, where is the safest place to live?

If you live on a boat, do you have to pay taxes?

As with houses, the deeded slip is determined by the municipality in which it is situated. Then it’s subject to the same property tax rates as the rest of the building. If a boat owner rents a slip, it is taxed as a percentage of the marina’s worth. Yachts are subject to a personal property tax in many jurisdictions in the United States.

Is it possible for me to live on a houseboat in Australia?

Only some places, such as marinas, allow boaters to live on the water. Houseboats on river areas, rather than the open ocean, have become a more common alternative for Australians. This has proved to be a more cost-effective way to live on a cruise.

Do you have to pay council tax if you own a boat?

Since boats are not considered property, they are not subject to council tax. However, some residential moorings are available, but these moorings are few and far between, and Council Tax is usually included in the marina fees. As a result, the majority of boat dwellers do not pay Council Tax.

What is the maximum distance a houseboat can travel?

Most houseboats are capable of travelling between 50 and 100 miles per day without difficulty. You can go as far as you like in a houseboat as long as you don’t run out of calm water!